According to a new report from ResearchAndMarkets.com the ultralight and light aircraft market size is expected to grow from $7.1 billion in 2018 to $13.9 billion by 2030, at a Compound Annual Growth Rate (CAGR) of 5.80% during the forecast period. Ultralight aircraft have a Maximum Take-off Weight (MTOW) ranging from 200 kg to 600 kg, whilst in South Africa the Light Sport Aircraft (LSA) market is defined as uncomplicated two-seat aircraft with a maximum take-off weight not exceeding 600Kg. The MTOW is defined as the maximum weight at which the aircraft can take-off; it is the maximum take-off limit defined by the manufacturer considering the safety of the aircraft. In the recent years, air travel has become increasingly affordable to people, especially in emerging economies such as China, India and Brazil, due to the rise in the disposable income of people as well as the availability of low-cost air travel. The demand for ultralight and light aircraft has increased with the rise in air travel. Some of the major factors driving the market include a relatively low cost of acquisition, maintenance and operation.

If ever there was an aviation community, which thriving it must be the Lowveld. Kruger Mpumalanga International Airport (KMI Airport) serves an international market and the Nelspruit Airfield looks after the General Aviation community business in this region of South Africa.

As one of the oldest airfields in South Africa today Nelspruit is a General Aviation hub with a number of aircraft maintenance organisations, aircraft training organisations and regional transfer operators. Nelspruit Airport is also home to the Mpumalanga South African Police Service’s (SAPS) Air Wing whose duties include anti Rhino poaching patrols, vehicle tracking and recovery and visible policing. Nelspruit airfield is also home to one of the oldest flight schools in the country; Lowveld Aero Club. 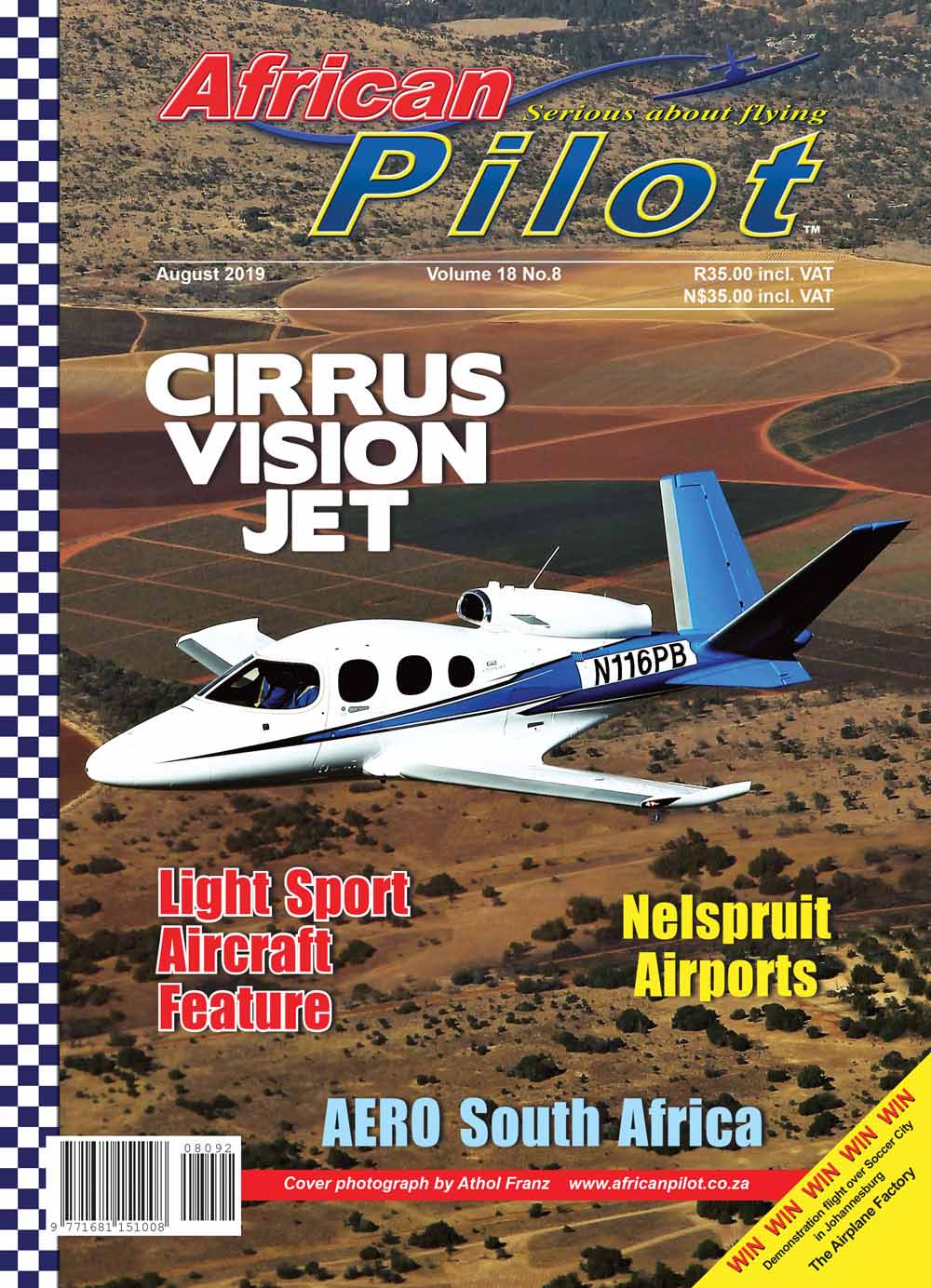 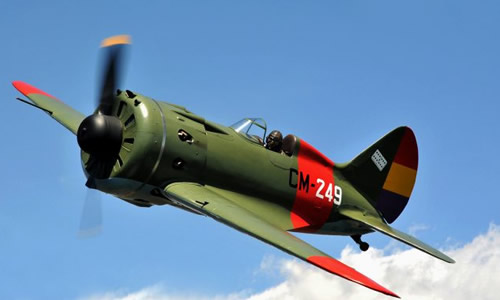 The 1930s and ‘40s produced many aces who fought for their respective countries, but Frank Tinker chose the road less travelled and ended up in a war he did not fully understand. 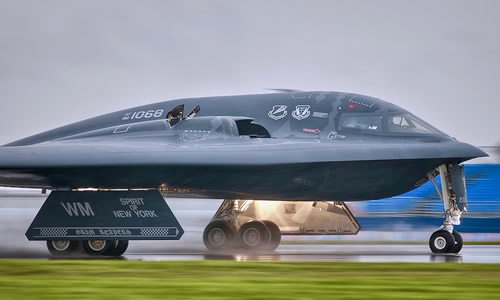 The Northrop Grumman B-2 Spirit completed its maiden flight thirty years ago on 17 July 1989, with the first operational example being delivered to the US Air Force (USAF) in December 1993. 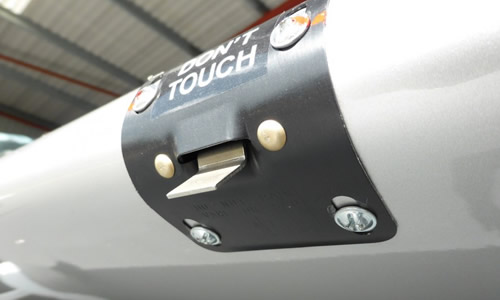 American inventor Leonard Michael Greene was born on 8 June 1918 in New York City. He studied at the City College of New York and the Guggenheim School of Aeronautics. 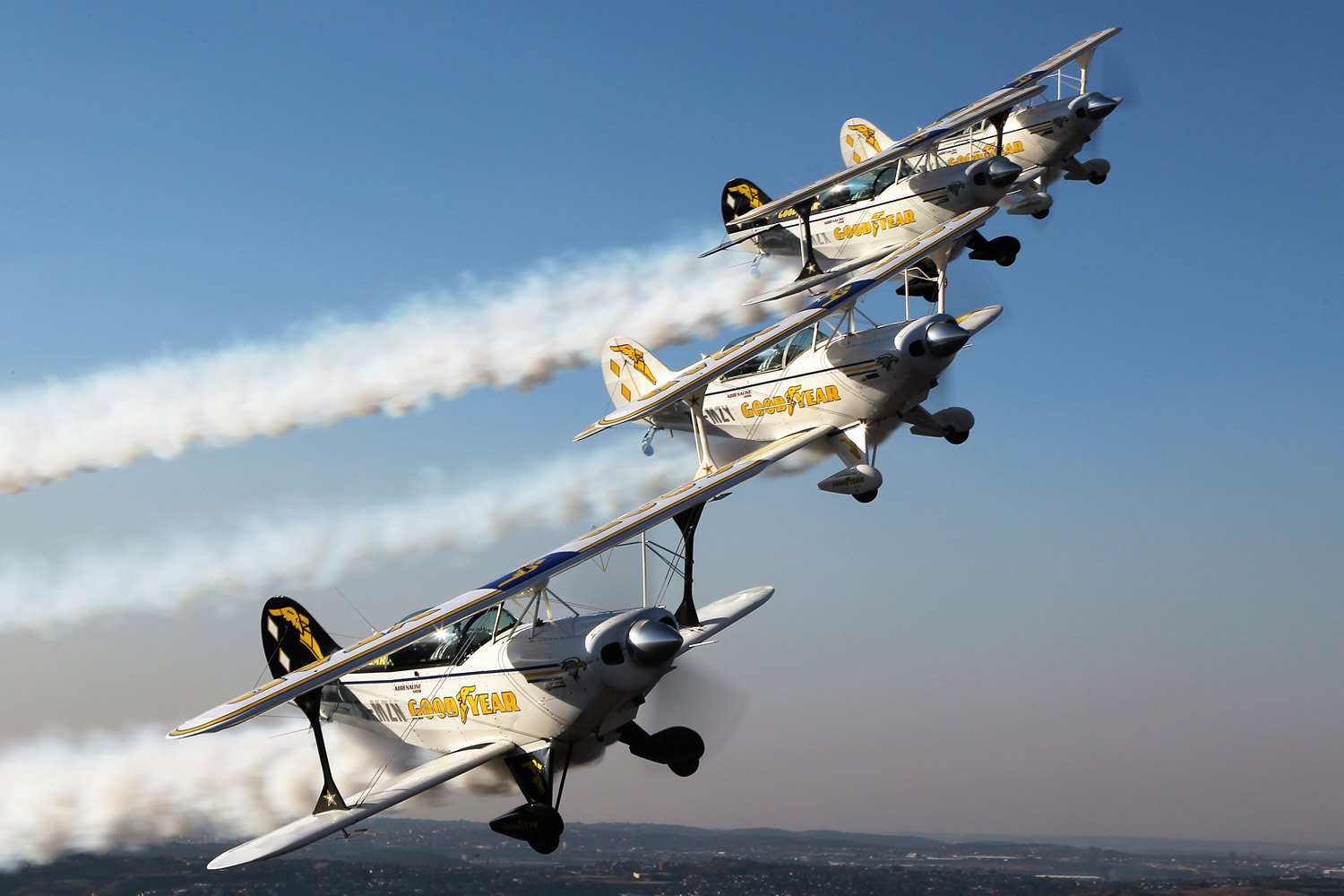 On Saturday 29 June Goodyear Aviation Tyres celebrated a decade sponsorship of the well-known airshow formation of four Pitts Specials at a function held at the Eagles hangar at Rand Airport. Having been invited to attend the event, this was an ideal opportunity to obtain some air-to-air photographs of the famous team from my Cessna 182. Fortunately Kieran Bell, co-pilot Mango Airlines was able to fly my plane from the right seat whilst I rolled my seat backwards to be able to work out of the open left window. I used my Canon 7D fitted with a 28 to 200 mm lens at a focal length of 28 mm, ISO 200 and a slow shutter speed at 50th of a second to capture the spin on the four propellers.