So, what is the ideal training aircraft to satisfy the demands of modern-day high flight time fixed wing flight school operations? Well that depends. Legacy 60-70s era C172 / PA28 used to be that aircraft. However, the goalposts have moved considerably with today’s demanding flight training requirements. To a point where the typical legacy aircraft of the past can no longer meet these requirements and the call for modern day equipment is now a necessity.

Since the aircraft first took to the sky, more than 45,000 Skyhawks have been delivered to customers around the world, more than any other aircraft in the industry and solidifying the Skyhawk as the aircraft of choice for pilot training.

Though expected several months ago, the European Union Aviation Safety Agency has finally announced the certification of an electric airplane, the Pipistrel Velis Electro. This is the first type certification world-wide of a fully electric aircraft and an important milestone in the quest for environmentally sustainable aviation.

Burning just 5.2 US Gallons per hour, the P-2010 TDI offers roomy, Italian-style shaped cabin interiors and takes advantage of the high-wing configuration with three access doors plus another dedicated one for the baggage compartment.

The COVID-19 pandemic has devastated aviation, including most flight schools in the world. Now that the disease is spreading in nearly all countries in the world, drastic measures need to be taken by flight schools to limit the exposure of their staff, instructors and students to the pandemic all in a very short period, about four months. 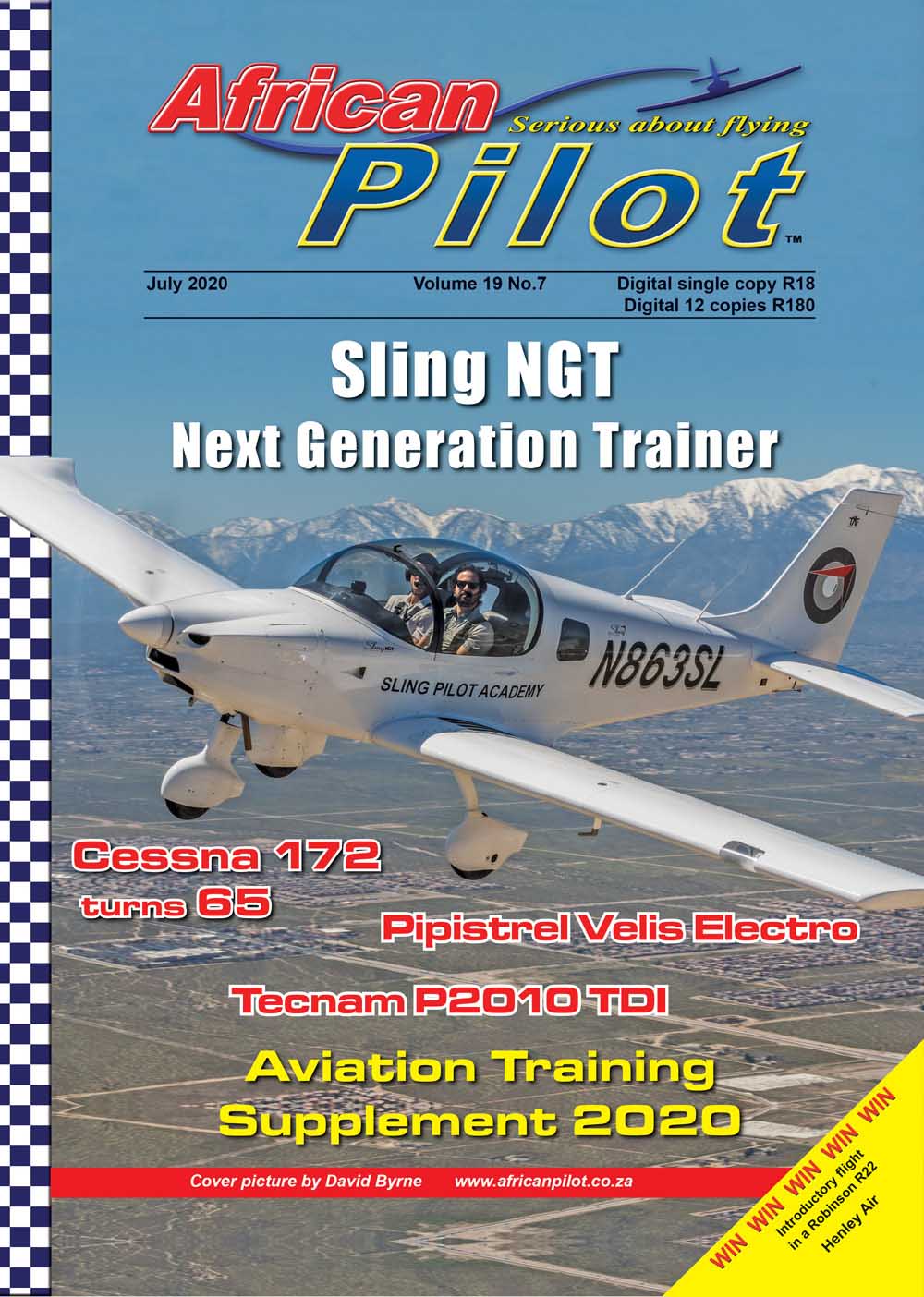 FREE preview of the July 2020 edition of African Pilot Magazine 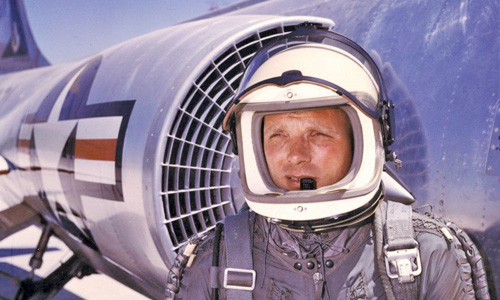 He was the first pilot to climb higher than 100,000 feet and was considered to be ‘the first man in space.’ In 1959, Kincheloe Air Force Base, Michigan, was named in his honour. 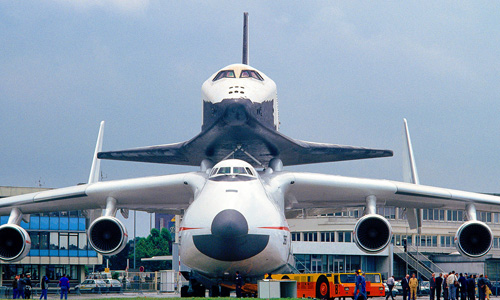 The Antonov An-225 Мрия took off from Kiev with the space shuttle Buran, en route to the Paris Airshow. This was the greatest weight ever lifted by an aircraft. 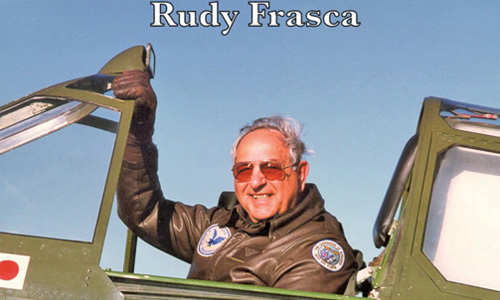 In 1958, Rudy built his first flight simulator and Frasca Aviation was founded. The name was later changed to Frasca International to reflect the emerging character of the business. 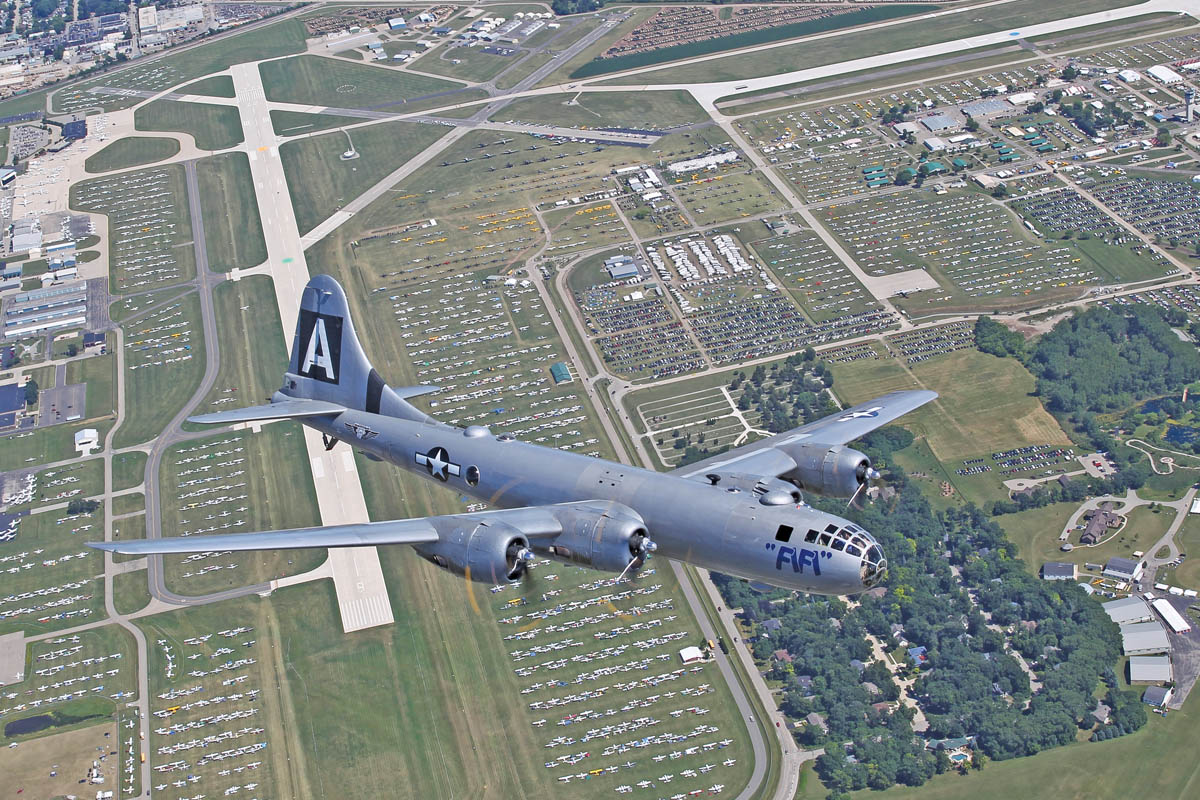 This amazing picture of the Boeing B29 bomber Fifi was taken by Jim Koepnick at AirVenture 2011. Jim is an independent digital journalist and Sigma Ambassador specializing in aviation, sports and street / documentary photography. His current freelance clients include Sigma lenses, Flying Magazine, Plane and Pilot, Our Wisconsin Magazine, Cirrus aircraft, Ripon College and the Oshkosh Convention and Visitor Bureau. Previously, Jim was Chief Photographer at the Experimental Aviation Association for 28 years. He was responsible for much of EAA’s air-to-air photography for its five publications. Jim has photographed over 1000 aircraft while on air-to-air missions and supplied over 550 cover images while at EAA. On several of my trips to AirVenture, I had the pleasure of meeting Jim at the media centre and I have always admired his work. For this picture Jim used his Canon EOS 1D Mk IV, F14, ISO 100, 1/125 sec, focal length 35 mm.