African Pilot’s annual AMOs, Refurbishment and Professional Services is to be found on page 80 of this edition. This exciting feature covers many of South Africa’s best-known aviation companies and reflects new photographs and information on this vital sector of aviation business.

This month, we have started a series for the next 12 editions about ‘Flights to Nowhere’ written by Commercial Pilot Wouter Botes and the first in the series is all about the SAA Viscount the Rietbok that flew into the ocean off East London on 13 March 1967. Sometimes the mystery surrounding the disappearance of various aircraft and helicopters is solved years later when the wreck is found, but there have been several occasions where the accident site has never been discovered. The first in this exciting series is to be found on page 20 of this edition.

Even though the weather was wet to begin with and very windy with a cold cross wind, the five helicopters that took the 300 children and their helpers for a short flight around the airfield were fantastic. Unfortunately, no fixed wing aircraft took to the skies due to the stiff wind that was directly across the runway and the two safety officers; Francois Hanekom and Nigel Musgrave considered the wind factor to be too dangerous for this exercise. 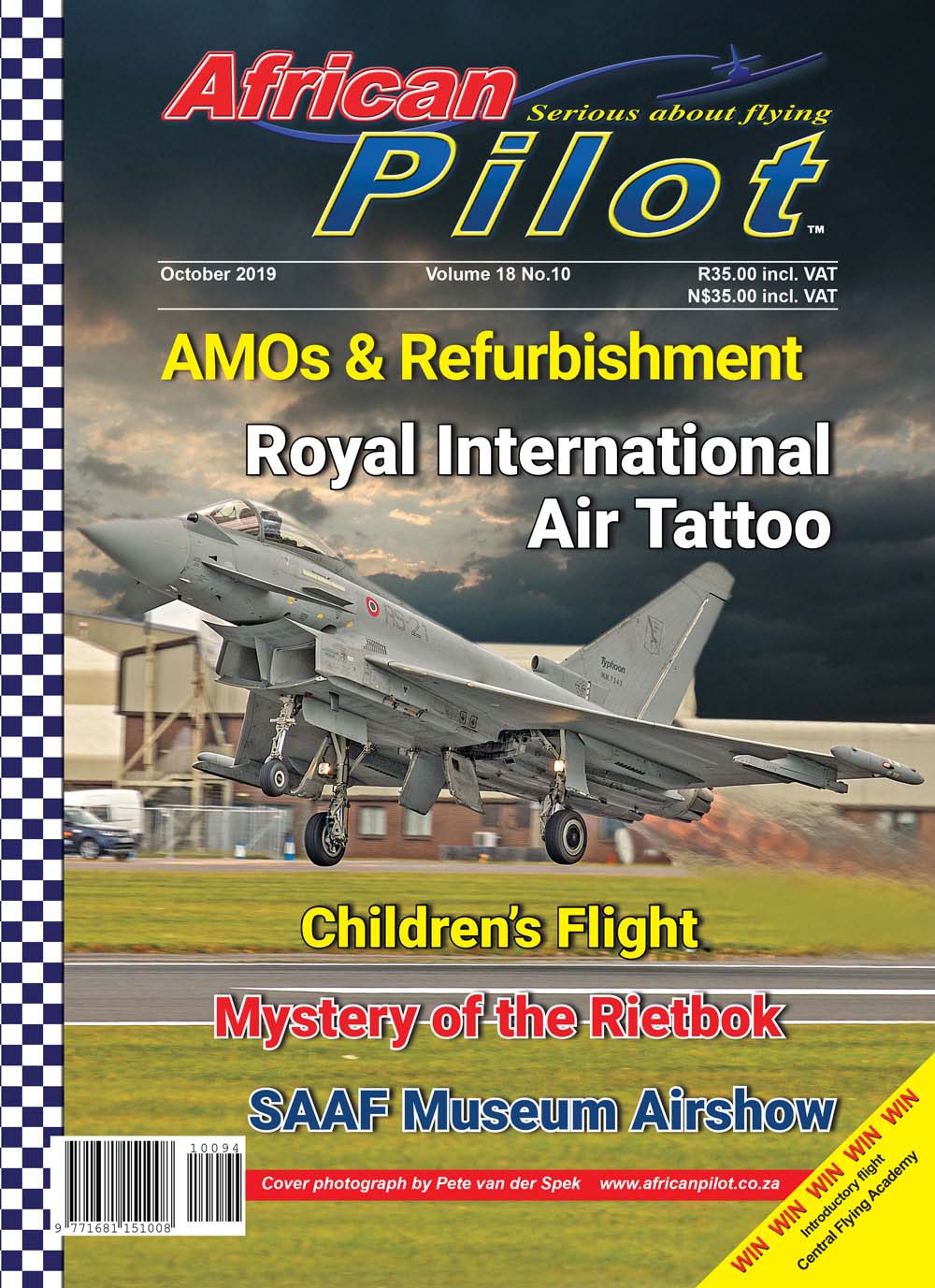 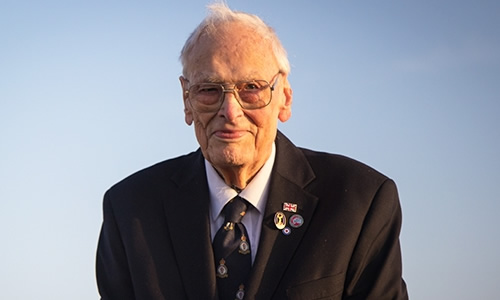 Although Jo Lancaster is generally remembered for ejecting from an aircraft, there is so much more to the story of this pilot. 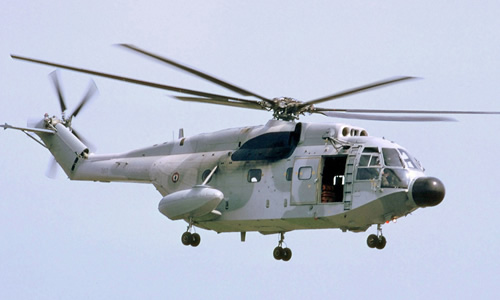 The SA 321 Super Frelon was produced by France’s Sud Aviation and later Aérospatiale. It was based on the Sud-Est SE.3200 Frelon. 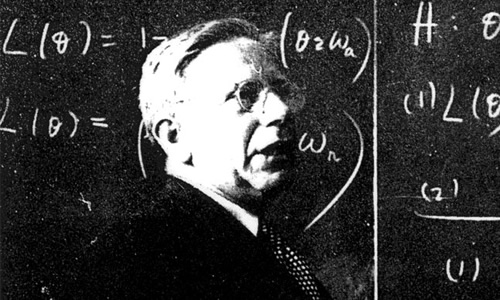 Abraham Wald was born on 31 October 1902 in the Romanian city of Cluj, which was then part of the Austro-Hungarian Empire. 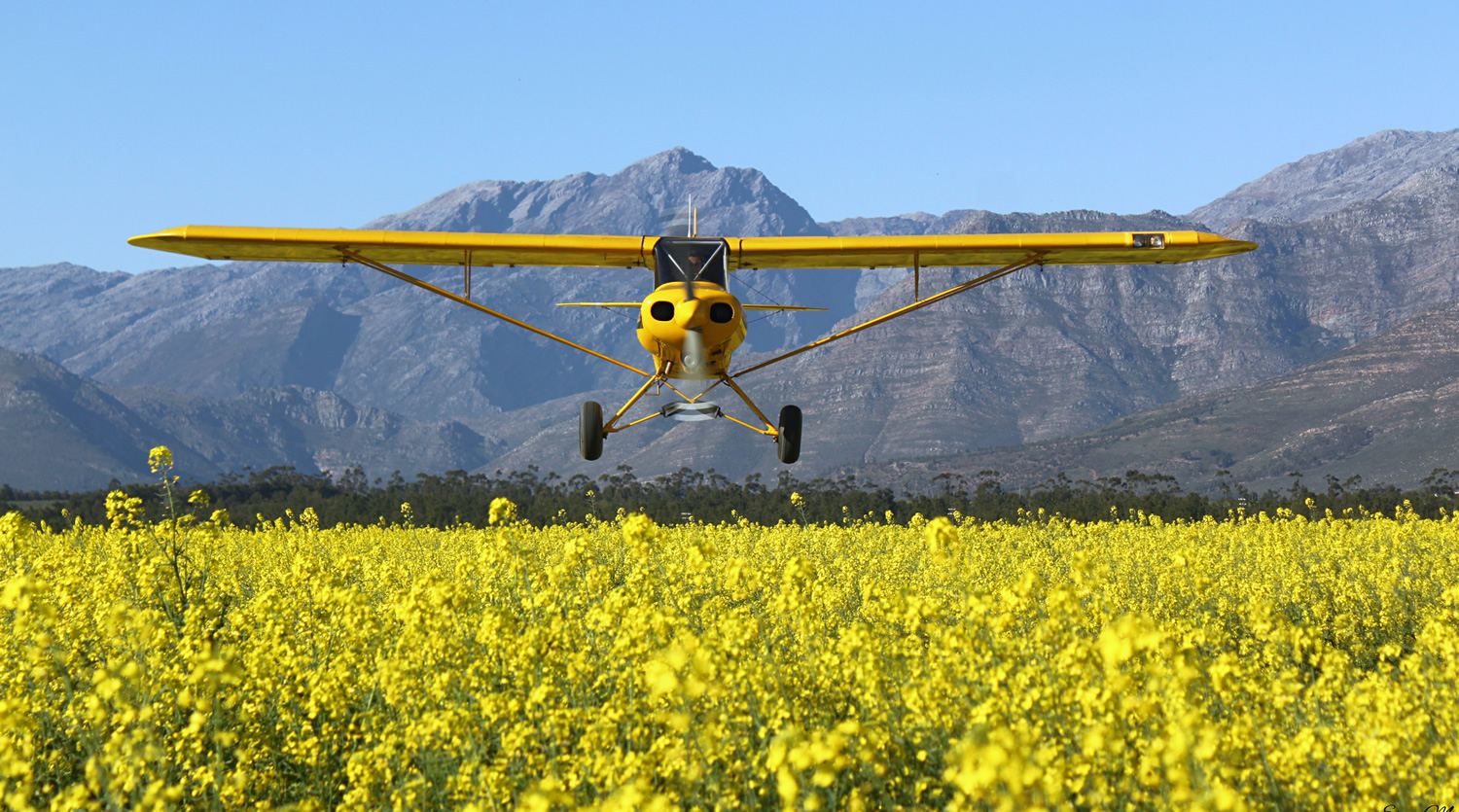 This photograph was taken by Erna Muller, a freelance and wildlife photographer based in Porterville, Western Cape. Erna took the photograph of the Piper Super Cub, ZU-CUB belonging to NC Lambrechts, a talented local pilot flying over the Canola fields outside the town of Porterville early in the morning, of 20 August 2019. Erna used her Canon EOS 500D fitted with a Canon 55mm lens at a shutter speed of 640 sec, ISO of 100 and aperture of f5.6.