Are you ready for automated flight?

Only a few years ago, a fully integrated Automatic Flight Control System (AFCS) with an autothrottle was the sole domain of the air transport aircraft and business jets. However, today’s AFCSs with autothrottle (AT) are becoming common on single engine turboprops. Are you ready?

Less than a decade after the helicopter was certified, Robinson has delivered its 1000th R66 turbine helicopter. The R66 Turbine is powered by the Rolls-Royce RR300 turbine and is equipped with Robinson’s trademark two-blade teetering rotor system. The RR300 is itself a derivative of the Allison 250 turbine and an engine that Robinson says has never had a reported in-flight failure in 1.2 million R66 flight hours. “This accomplishment demonstrates a level of reliability that exceeds EASA’s stringent requirements for single-engine helicopters. The R66 has also risen to the challenges of flying to the North Pole and circumnavigating the globe multiple times,” the company says. “ Delivering serial number 1000 demonstrates the R66 is the top performer and leader in its class, ” said Robinson President Kurt Robinson. The 1000th R66 was delivered to Les Gillespie of Gardner Aviation in Peachtree City, Georgia.

Tecnam announced the introduction of a new player into the General Aviation arena. With the Type Certificate expected by July, the P TwentyTen Mk11TDI has been one of the most secret development programmes ever. An aircraft burning just 5.2 US gallons per hour (less than 20 litres), with roomy, Italian-style shaped cabin interiors, and taking advantage of the high-wing configuration with three access doors plus another dedicated one for the baggage compartment, is no longer a dream. Nor is it a dream to cover 1,000nm with the full tank capacity of 63 US Gal (240 litres). The P2010 TDI role is to fill a gap in customers’ choices, as they can now order the ‘Twenty-Ten’ with three different powerplants and three different fuel capabilities: automotive unleaded (approved on 180hp version), Avgas on the most powerful 215hp variant and, from now Jet / diesel. 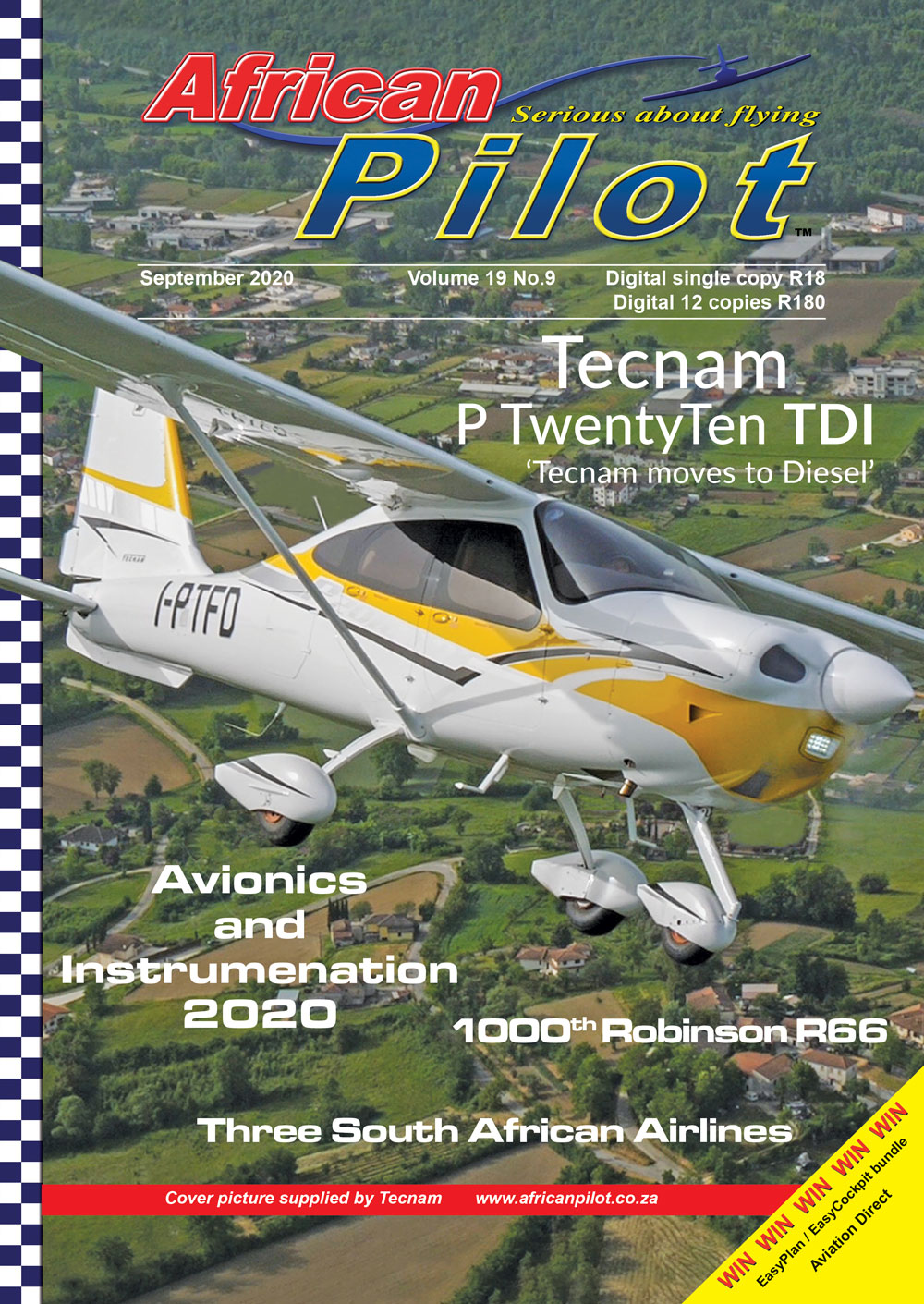 FREE preview of the September 2020 edition of African Pilot Magazine 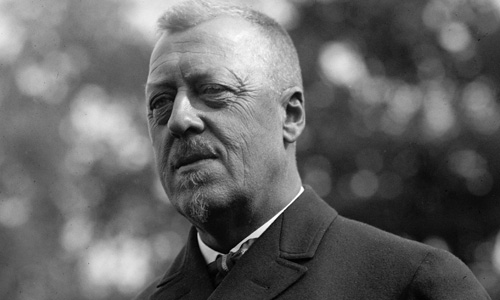 As a member of the firm operated by Ferdinand, Count von Zeppelin, Eckener helped to develop the rigid airships of the early 1900s. During World War I, Eckener trained airship pilots and directed the construction of 88 Zeppelins for the German navy. 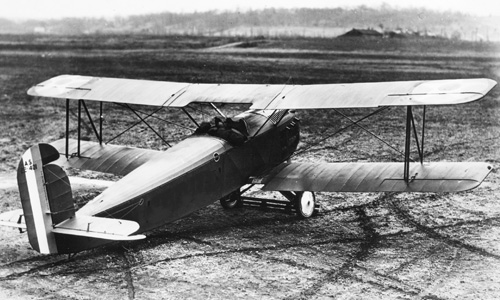 The post war US Army Air Service determined that all the newfound ingenuity had to be quantifiable if the service was to make sound aircraft procurement decisions. The industry was given a handbook to guide its work intended for the military. 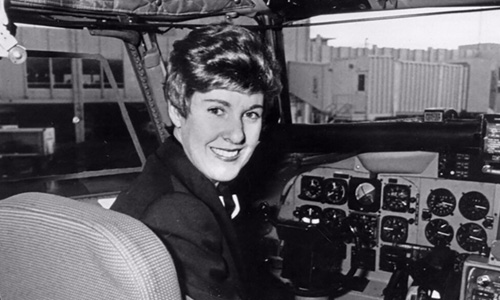 On 3 July 2020, Emily Howell Warner, the first female airline pilot and captain for a major airline died at the age of 80. She was the first woman member of the Airline Pilots’ Association, pioneering the way for today’s women pilots. 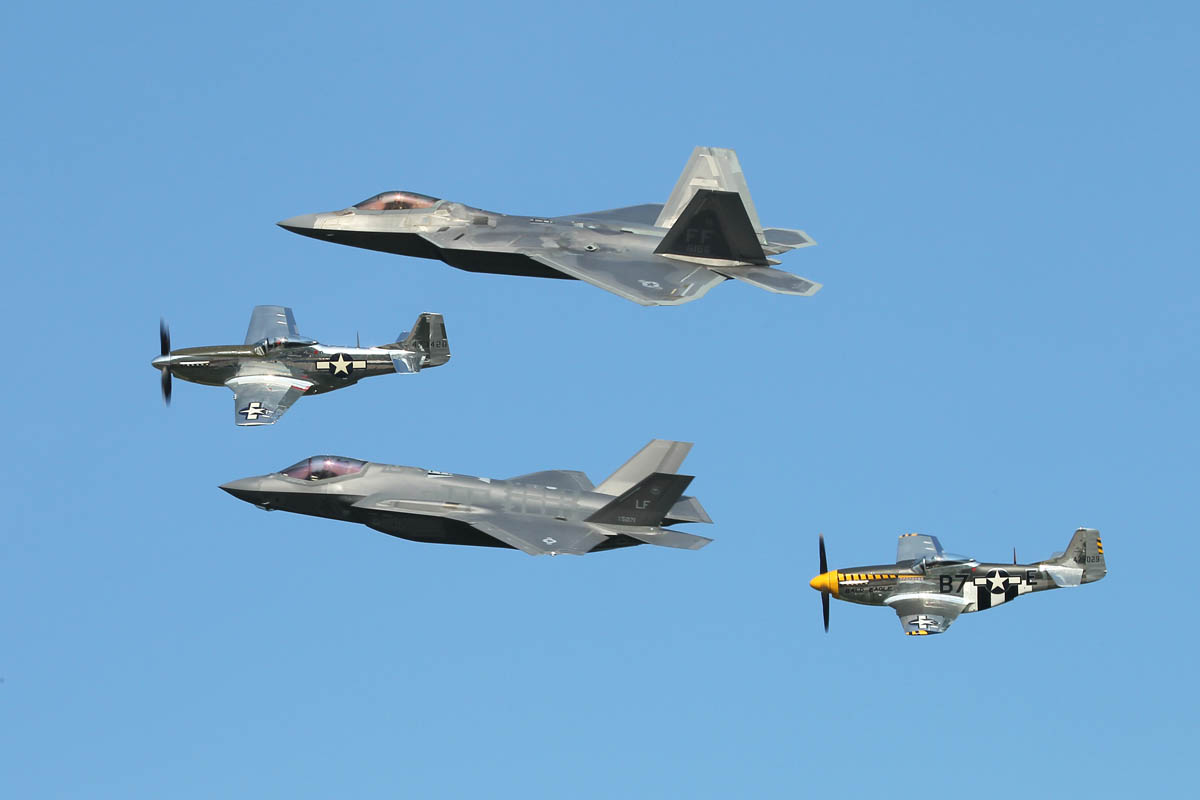 For the past 19 years, I have attended EAA AirVenture, but sadly this year due to COVID-19 all international travel was cancelled and AirVenture was also cancelled. However, every year EAA together with the United Stated Air Force prepare several ‘Heritage Flights’ through the week. This picture taken in 2019 shows two P51 Mustangs in formation with the F22 Raptor top and an F35 ‘Joint Strike Fighter bottom. I use my Canon EOS1 Mk4 fitted with a Canon 100 to 400mm lens. The picture was taken at 1/200 sec, f16, ISO 200 at 160mm focal length.