By now most professionals in aviation will know that during December 2018 and January 2019 the South African Civil Aviation Authority (SACAA) grounded CemAir, effectively destroying the reputation of one of South Africa’s smaller regional airlines. There is no doubt that for CemAir to recover from this situation is almost impossible. CemAir took the matter to the Civil Aviation Appeal Committee (CAAC) and after a seven day hearing there is little doubt that the subsequent ruling was in favour of CemAir. If you are willing to read the entire 82 page judgement / ruling this is the link:

Then on Friday late afternoon members of the media received the following from the SACAA: 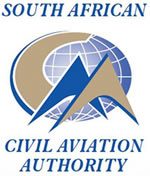 Below is a media statement by the SA Civil Aviation Authority. It pertains to local airline, CemAir.

[Johannesburg] The South African Civil Aviation Authority (SACAA) has reviewed the judgement handed down by the Civil Aviation Appeal Committee (CAAC) following an appeal brought against the SACAA by CemAir. The airline’s appeal related to four (4) notices issued by the SACAA, which resulted in the suspension of the airlines Part 121 and 135 Air Operator Certificates (AOCs) as well as the resultant grounding of the airline’s fleet during the course of the CemAir AOC renewal audit in December 2018 and January 2019.

The decision of the CAAC, which was delivered by the Tribunal on 29 April 2019 set aside the two grounding notices issued by the SACAA against CemAir, and referred the matter back to the SACAA to continue with its audit and consider the evidence provided by CemAir subsequent to the issuing of the grounding notices.

The SACAA has noted the following key rulings by the Tribunal as outlined in paragraph 266 to 268 of the judgement, which must be implemented by the Regulator.

“Whilst Section 8 (1) (c)(ii) of PAJA permits a court or tribunal to substitute its findings for that of the decision-maker, this may only be done in exceptional cases.  The wide discretion afforded to the CAAC must be balanced against the interests of the Applicant and the responsibility of the Regulator in overseeing aviation safety and that of the public inter alia in accordance with Sections 71 and 72 of the Civil Aviation Act.”

“Whilst the CAAC considered the arguments put forward by both Parties, the sentiments set out in paragraph [266] above deal with the matter and find that it is not necessary to pronounce any further thereon.”

“In light of the above, the CAAC finds that it cannot rule that the annual renewal audit for the year ending January 2019 was duly finalised and concluded favourably and that the Respondent is entitled to its renewal of the Part 121 and Part 135 AOC’s for the period ending January 2020, however the CAAC does make an order to refer the consideration of the application for the renewal of the AOC back to the DCA for immediate and  proper reconsideration of inter alia the documentation presented or made available by the Appellant to the Respondent and its inspectors and authorised officers in terms of Section 88 of the Act, and in accordance with the true intent and meaning of Part 121 and Part 135 of the Regulations.”

The above extract from the ruling outlines the way forward, as well as the respective responsibilities of both the Appellant (CemAir) and the Respondent (SACAA).

The implications of the Tribunal’s decision is that CemAir is still not permitted to operate as an airline or utilise any of its aircraft commercially, pending the renewal audit process being finalised, and the operator being issued with the relevant operating certificates or approvals.

“The actions expected to be undertaken by the Director of Civil Aviation, as well as by both the SACAA and CemAir, as outlined in the ruling, are unambiguous, and as a result, I have already delegated my functions in terms of legislation to the SACAA’s Aviation Safety Operations to immediately implement the recommendations of the CAAC as summarised above,” said Ms Poppy Khoza, who is the Director of Civil Aviation.

“It is also in the interest of aviation development and safety to have this matter resolved as quickly as possible. However, in practical terms, the pace of finalising this matter is in the hands of the airline. The Regulator will rely on CemAir’s cooperation in relation to the submission of the relevant documents and records, as well as any other evidence that will contribute to the speedy completion of the inspection. To this end, I have written to CemAir to inform the operator of my decision to continue the renewal audit and inspection process for purposes of completing this task. The expectation is that the operator will submit all the documents and records to the SACAA inspectorate for purposes of the audit,” Khoza explained.

The SACAA’s Aviation Safety Operations division has also sent communication to the airline detailing the SACAA’s preliminary requirements for the renewal audit, which will entail the AOC renewal audit and inspections pertaining to the certification of airworthiness of the CemAir fleet.

The SACAA is very keen to see the airline back in the air and as soon as practically possible, and hence the necessary arrangements have been made to ensure that its inspectorate can instantly start auditing the airline.

“The primary role of the SACAA is to preserve lives by ensuring high standards of aviation safety and security. No regulator in the world or any other industry can achieve this if they do not discharge their mandate in a fair but firm manner, and most importantly, without any form of favouritism or fear,” Khoza concluded.
-ENDS-

My reply to the official spokesperson Kabelo and Ms Khoza was as follows and to date, I have not received any sort of communication from the regulator:

A little too late! This is rather like trying to shut the stable door when the horse has bolted!

I read the entire report – all 82 pages and it is completely apparent that in this matter the SACAA behaved in a shocking manner with the CemAir grounding. Frankly the SACAA has effectively destroyed all reputational goodwill that CemAir had with its customers, which includes the DCA who actually flew with CemAir to Margate late last year.

You already know that I am probably the person in aviation that walks the ramps at almost every major airport in South Africa more than any other person and what I am hearing from the entire aviation industry at every level is that the SACAA is doing its utmost to destroy Civil Aviation in South Africa. What we keep hearing is all about ‘tea time rules’ made up on the spur of the moment by SACAA inspectors where the logical information about technical matters is completely ignored. Why does this keep happening? The most realistic answer is that the so called SACAA inspectorate is not qualified either technically or academically to be within the aviation sector that requires world class standards.

Even the simplest of matters such as pilot’s licence renewals that used to take two hours to renew a few years ago now take 7 days! In most other countries pilot’s licences can be renewed online, even from as far away as South Africa with respect to FAA licences. Matters where most regulators in the world can manage their mandate within the required time parameters take our SACAA weeks and even months to get right. Paperwork gets lost, decisions about the very livelihood of many businesses are at stake. Now within the fourth industrial revolution where almost all matters can be managed within a ‘paperless’ environment, the SACAA is still relying on archaic masses of paper documents. It is absolutely apparent that as a regulator, the SACAA is so far behind the other first world regulators in terms of understanding the demands of modern aviation technology.

Let’s look at the fact that in real terms the aircraft register has not really grown much over the past 10 years, yet the headcount at the SACAA has grown alarmingly. Just like almost ALL SOEs in South Africa, the SACAA is also showing that it is incapable of performing its mandate to the satisfaction of the very industry it is supposed to serve.

Perhaps the time has come to prepare a significant class action against the SACAA with most aviation businesses becoming involved so that the High Court can rule on the many matters where the SACAA does not keep to its mandate. Secondly, it is also time that the South African aviation industry at every level prepares a comprehensive document to be presented to ICAO that clearly shows the shortcomings of SACAA staff members, especially within the inspectorate where clearly technical and academic qualifications are seriously lacking.

To add fuel to the raging fire, just yesterday when visiting a respected AMO at Lanseria I heard about a SACAA inspector who demanded the AMO show its capability to re-cycle the landing gear of a Cessna C208. When the AMO explained that a C208 as fixed undercarriage the inspector became arrogant and questioned if the real reason was that the AMO did not have the right equipment. Yet standing on the required jacks right next to a C208 was a Kingair 200 where the landing gear was undergoing a complete overhaul. This is the type of ignorance the aviation industry has to deal with on a daily basis and which is seriously costing the industry unnecessary hard earned cash.